My story about Lipitor’s Danger 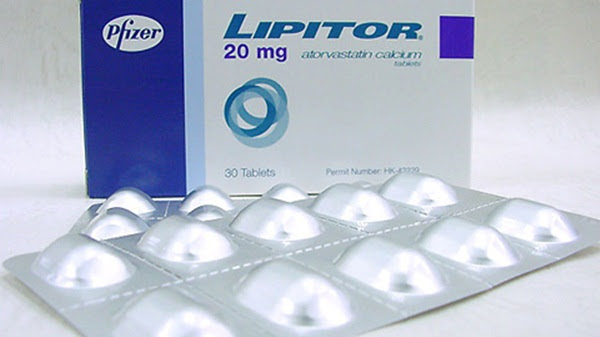 I want to share with you my first-hand experience of the dangerous side effects of taking Lipitor to lower cholesterol.

I’m in my late 40s and was on Lipitor at 20mg daily for four years until nearly two years ago when my doctor decided to put me onto Lipitor at 40mgs as he was not happy with my blood test results.

In January the pain in my elbows became much worse and as I am journalist the cause was put down to overuse syndrome. My bloods also registered heightened fatty deposits in my liver, which were confirmed by an ultrasound.

I began a course of physiotherapy but after four sessions and no improvement I talked to a friend who recommended I look into the side effects of Lipitor. What I found horrified me as my doctor had never mentioned a co-relation between Lipitor and liver damage or muscular joint issues. I took the brave step of not taking any further Lipitor and within a week the effects were drastic. To the amazement of my physio the elbow pain has gone completely and I have no lingering problems there at all.

I changed doctors and my recent blood test shows my liver results to be back to normal.

I’m sticking to drug free and taking supplements of Solgar Phystosterol Comples 1000mg (plant sterols) and a vitamin B-complex. I also take the magical MAQUI berry superfood but I know you are a sceptic on benefits. All I know is my energy levels are back to 10-15 years ago.

I hope all your readers can reconsider just why they are taking such poisons as the statin drugs. British Medical research I saw showed 75% of heart attacks happen to adults with average to low cholesterol levels. So why are so many people taking the poison?

Keep up the great work Anthony.


British Medical research I saw showed 75% of heart attacks happen to adults with average to low cholesterol levels. So why are so many people taking the poison?
M-O-N-E-Y.

With a little creative statistical manipulation and “friendly” influence on those who set lipid guidelines, cholesterol-lowering drugs have a potential market that encompasses most of the adult population. That, combined with existing sales already in the tens of billions of dollars a year, means you can rest assured drug companies will do whatever they can to downplay any adverse effects of statins, and to aggressively promote their ‘benefits’ to the medical profession and public alike.

When you combine that with widespread religious-like reverence for the nonsensical cholesterol theory of heart disease, it’s hard to get doctors to accept these drugs should not be administered to the majority of their target population.

Defenders of these over-hyped and largely ineffective drugs counter that the side effect rate of statins is very low.
Rubbish.

One of the problems is that most clinical trials include a screening process that carefully weeds out participants with any pre-existing health issues (including liver, kidney or muscular disorders). Adverse event rates in carefully screened clinical trials are simply not a reliable reflection of real-life side effect rates.

As for the allegedly low rate of adverse effects in clinical practice, I’ve lost count of the number of people who have complained to their doctor about debilitating weakness, joint and muscle pain after being placed on statins, only to be told by their doctors that it couldn’t possibly be the drug. Nope, the patient is simply “getting old”, “imagining things”, or “believing too much of what they read on the Internet”.

After all, their wonderful ever-smiling knicknack-bearing pharmaceutical salesman/woman never said anything about side effects, and everyone in the medical world simply knows statins are wonder-drugs! They know this because (drug company-sponsored) researchers and the media (quoting from drug company press releases) told them so. No need to check the facts for yourself when so many other clearly impartial and detached (cough, cough) commentators are more than happy to do it for you!

A study published in the October-November-December 2009 issue of Primary Care Cardiovascular Journal, showed statin-induced myopathy is far more common than previously claimed by drug companies and health officials. Researchers analysed the patient records of one 8,000 patient practice and found only one recorded case of muscle symptoms in a patient taking statins. But after questioning 96 randomly selected statin-using patients from the practice, they identified 19 cases of potential muscle damage[2]. Grab a calculator and check the percentage difference between 1:8000 and 19:96, and you’ll have some idea of just how massively underreported statin side effects are.

In effect, the wonderfully low official adverse rates cited for statins appear are nothing but an artefact of practitioner ignorance and incompetence.

And even when doctors do possess enough wherewithal to connect statins with their patients’ side effects, that’s still no guarantee they’ll file an official report. Lodging an adverse events report in countries like Australia, UK, and USA is typically a time-consuming affair with no financial compensation and the possibility of being questioned by officials. A lot of doctors no doubt figure they can do without the hassle.

Of course, the poor bugger who suffers amidst this mess is the patient, who often has to unnecessarily endure months or years of side effects. That so many doctors remain blind to the cause of their statin-using patients’ complaints, when the source can easily be identified within minutes of Internet searching by any layperson, is a terribly sad indictment of our drug company-owned medical system.

Thanks for sharing your experiences and best of luck, cheers,

To Salt or Not to Salt, That is the Question

Newswise — A new eight year long European study concludes that salt consumption is not dangerous and may in fact be beneficial. This is certainly contrary to advice from American Medical Association, American Heart Association and the Center for Disease Control and Prevention, which says higher sodium consumption can increase the risk of heart disease. It’s not unusual to see differing opinions, but what are we ordinary folks to make of the controversy?

“The optimal level of salt in our diets has been a controversial subject for at least 20 years,” say co-authors Dian Griesel, Ph.D. and Tom Griesel of the new book, TurboCharged: Accelerate Your Fat Burning Metabolism, Get Lean Fast and Leave Diet and Exercise Rules in the Dust (BSH, 2011). The problem they say generally boils down to the effect (or lack thereof) salt has on blood pressure.

“There is no disagreement that high blood pressure (even moderately high) is a risk factor for heart disease and stroke,” say the Griesels. “However, salt consumption does not seem to have the same effect on everyone. In addition, there is usually no distinction on the type of salt used. There are many naturally harvested salts that also contain many trace minerals, which undoubtedly have an effect. Medical literature on salt consumption (like many other things) is inconsistent.”

The main take away from all this is the importance of knowing what your blood pressure is and making an effort to do whatever is necessary to have consistent readings in the healthy range of 120/70 or less. If you are a person who is sensitive to salt consumption, a reduction is definitely needed or perhaps even a switch to a natural alternative like sea salt might help. But beware of hidden salt. The biggest source of salt in our diet is the refined and processed foods purchased at the grocery store along with food served in restaurants, particularly fast-food which amounts to about 75% of salt consumption for the average person.

Statin use is known to be associated with myopathy, muscle weakness and rhabdomyolysis, a breakdown of muscle fibers resulting in the release of muscle fiber contents into the bloodstream. For the study, myocardial function was evaluated in 28 patients.
According to Green Med Info:

“There was significantly better function noted … in the control group vs the statin group”.

The purpose of this study was to evaluate the effects of statin therapy on myocardial function as measured with echocardiography with tissue Doppler imaging (TDI) and strain imaging (SI) independent of its lipid-lowering effect.

Statin use is known to improve outcomes in the primary and secondary prevention of ischemic heart disease, but their use is also associated with myopathy, muscle weakness and in rare cases, rhabdomyolysis. We sought to evaluate whether TDI and SI is able to identify changes in myocardial function associated with statin use.

Myocardial function was evaluated in 28 patients via echocardiography with TDI and SI. We identified 12 patients (5 females) without overt cardiovascular disease (including hypertension, smoking, and diabetes) that were on statin therapy and compared their echocardiographic findings with 16 (12 females) age, sex, and cholesterol-profile-matched controls. Tissue Doppler imaging parameters of diastolic (E(')/A(') and E/E(')) and systolic (S') function were measured. Regional systolic function was obtained by SI in 4-chamber, 2-chamber, long axis, and average global views.

Statin therapy is associated with decreased myocardial function as evaluated with SI.

Cholesterol-reducing drug ezetimibe appears to do more harm than good

"
Cholesterol is said to cause heart disease (I’m not so sure, myself), and a mainstay of treatment here is a class of drugs known as ‘statins’ that reduce the rate at which cholesterol is manufactured in the liver. Statins have been used in medicine for over 20 years, but more recently has seen the development and licensing of a cholesterol-reducing drug known as ezetimibe, which works in different way to statins. Instead of acting on the liver, it reduces cholesterol absorption from the gut.

There’s no doubt that ezetimibe reduces cholesterol levels effectively, and it is licensed on this basis. However, the impact that a drug (or food or anything) has on cholesterol is irrelevant – it’s its impact on health that matters. While we have been brainwashed into believing that whatever reduces cholesterol is good for health, this simply isn’t true. Actually, there is abundant evidence that reducing cholesterol per se is not broadly beneficial to health. And some evidence suggests that it might even be damaging to health.

Ezetimibe is a drug that reduces cholesterol levels in the bloodstream. It does this in a different way to statins (the most commonly-prescribed cholesterol drugs). Statins work by inhibiting the rate at which cholesterol is manufactured in the liver, while ezetimibe impairs the absorption of cholesterol from the gut.

Ezetimibe was originally licensed on the basis of its cholesterol-reducing abilities. Yet, to date, no study has ever been published which demonstrates that it has the power to reduce the risk of actual disease or death. In fact, in one study, coupling ezetimibe with a statin (simvastatin) resulted in increased (though not statistically significant) narrowing of the arteries compared to the statin alone [1].

2. those already taking a statin had ezetimibe (10 mg a day) added to their regime.
MRI was repeated after 1 and 2 years. Here’s what the results showed:

Overall, ezetimibe resulted in lower ‘unhealthy’ LDL-cholesterol levels when used in conjunction with the statin than the statin alone. However, individuals in group 2 saw a progression of their disease (by 8 per cent over two years), compared with no progression in group 1.

In other words, in those taking a statin, the addition of ezetimibe actually worsened their disease.

This study, on the back of previous evidence, strongly suggests that ezetimibe poses hazards for health. Yet, it remains on the market. This is what can happen when our attention is diverted away from the truly important thing (health), towards cholesterol or some other supposed marker of disease."
For references listed in the above article go here
Posted by wmodavis at 6/10/2011 06:04:00 AM No comments: