Articles containing mistaken fears over side effects of heart drugs did not need to be retracted, says independent panel 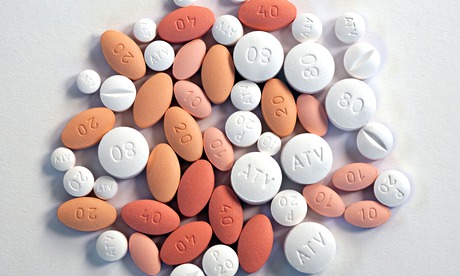 An independent expert panel has found that the British Medical Journal did not need to retract two articles with erroneous fears about the side-effects of statins. Photograph: Alamy
The British Medical Journal, which withdrew erroneous statements about the side-effects of statins, did not need to retract the two articles that contained them, an independent expert panel commissioned by the journal has ruled.

The panel, headed by Dr Iona Heath, former chair of the BMJ's ethics committee and of the Royal College of GPs, was asked by the editor to investigate following complaints from Professor Sir Rory Collins, co-director of Oxford University's Clinical Trial Service Unit which collates data on statins trials.

Collins called for the two articles to be retracted in their entirety, saying that they would otherwise be reprinted and mislead the public into believing statins were not as safe as the evidence shows.
After a two-month review, the panel has advised the BMJ that its handling of the two articles was appropriate and that its processes were timely and reasonable, said the journal. The panel made suggestions where improvements could be made to some of the BMJ's editorial processes and the journal will act on these recommendations, it said.

One of the articles was written by Professor John Abramson, a clinical instructor at Harvard medical school, and colleagues. The other was an opinion piece by London cardiologist, Aseem Malhotra. Both questioned the value of extending the use of statins to healthy people at low risk of heart disease and included the same incorrect statistic from a published study.

Collins and other eminent scientists say the evidence for the safety of statins, even at people with a low risk of heart attack or stroke, is very clear from the many clinical trials that have been done. They are concerned that a mistaken fear of side-effects will put people off taking drugs that could prevent heart attacks or strokes.

The BMJ has reflected the concern of many patients and GPs about the "medicalisation" of the population following a recommendation from Nice, the National Institute for Health and Care Excellence, that would lead to millions more apparently healthy people in mid-life being offered the drugs by their GP. The journal has called for all the trial data to be made public.

The trials showed that around five people in every 1,000 suffered adverse events because of statins – mostly a slightly earlier diagnosis of diabetes and more rarely muscle problems. Among low risk patents, 30 to 50 per 1000 on statins would avoid heart attacks and strokes, he said.

"This has been a challenging time for the BMJ but I am very pleased the panel has taken the view that we acted appropriately," said BMJ editor in chief, Dr Fiona Godlee.